At Uber Pigmentations we are the first clinic in Kilmarnock to provide an Areola Tattoo service.

When you are diagnosed with breast cancer, it is common for your treatment to include a mastectomy. A mastectomy is the removal of breast tissue which can often lead to misshapen breasts or no breasts at all. If you have a mastectomy, you have the option of undergoing reconstructive surgery to rebuild the shape of the removed breast.

Breast reconstruction doesn’t typically involve the nipple. And, unfortunately, not everyone is a candidate for a nipple-sparing mastectomy, depending on the type, size, and location of the cancer. As a result, more and more patients look to nipple reconstruction surgery or areola tattoo services such as ours.

Nipple reconstruction surgery is the final stage of breast reconstruction, and for many, it represents the closing of a difficult chapter. While nipple reconstruction has a high satisfaction rate, many women are skipping it and getting 3-D nipple tattoos instead as this procedure is less invasive and just as realistic. 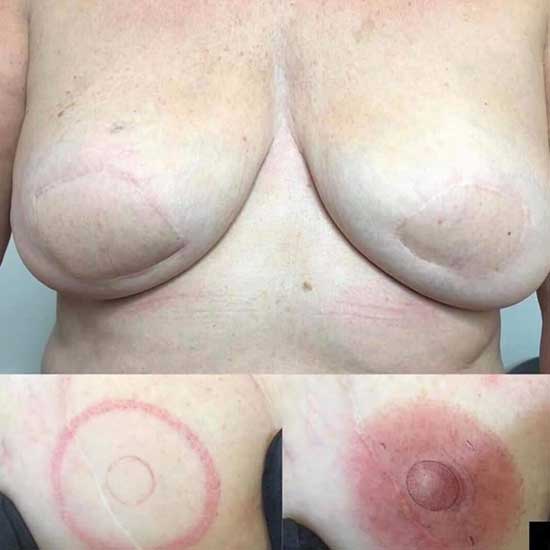 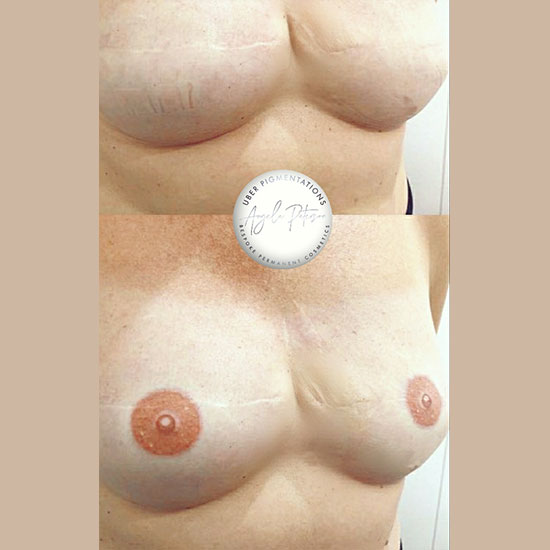 A 3-D nipple tattoo offers a very realistic and less invasive alternative to breast cancer survivors who would a realistic looking nipple. How soon a nipple tattoo can be done after your surgery varies among artists and studios.

For more information, to discuss your requirements or to book a consultation with me – Angela – get in touch today.

We work closely with plastic surgeons, and charities such as:

Book your treatment now, or contact Uber Pigmentations for more information or to discuss your requirements.